Press enter to begin your search

Scroll Down for More ... 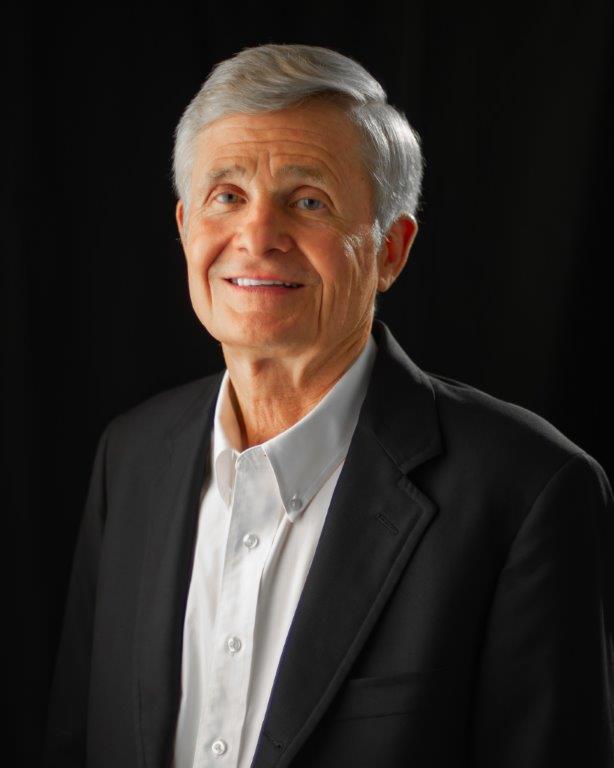 I want to share with you my plans to retire.  I am deeply grateful to you, who have made all the difference in my life.  Please accept my sincere appreciation for your prayers and support over the years.  I am grateful to you.

I have been a part of Volunteers of America (VOA) for over 42 years.  When I first started with VOA in 1975 in New Orleans, my now 45-year-old son was 3 months old.  When I began with VOA in Mobile, my now 40-year-old daughter was 2 months old.  My family has grown up with VOA.

I have been blessed to be a part of this great moment.  I do not believe that God could have given me a better platform of ministry than what he has given to me here at VOA. VOA is part of who I am; I am eternally grateful.

We believe the time has arrived.  And our departure from this role will be June 30, 2021.  This decision has been the most difficult one that I have ever made.  But even Moses changed after 40 years! (He left and died…not my plans!)

Imagine back, if you can, to the spring of 1977. A young, 27-year-old man was about to graduate after six years of post-graduate seminary work and would soon be receiving his Doctorate of Psychology and Counseling. At that moment in time, he found himself struggling to find where God wanted him to go.

I had been a pastor since I was nineteen years old and was uncertain about whether to go into the pastorate full time, set up a family counseling practice, or continue to explore possibilities to teach at a local medical school. One day, after defending my dissertation, I was walking and talking with God on the VOA homeless services campus in New Orleans, where I had worked for the previous two years. That beautiful spring day, God spoke and said, “You would enjoy doing the same kind of work as you have been doing in the past with VOA.”  I realized this could be my future, but I didn’t give it much thought at that time!

At about the same time, I was also feeling God leading me to Mobile, Alabama, and I moved there with no job. Subsequently, a local church in Mobile talked to me about coming as their associate pastor, but I was resistant to the idea. God worked on my heart. One day while driving the streets of the Oakdale Baptist Church community, I stopped and responded to the Lord, “God, if this is what you want me to do, I will serve you here and do my very best.” And it was as if God responded to me and said, “In three years, I will show you the path I have for you.”

Just three years later, I was introduced to Colonel Clint Chevalier, VOA’s Regional Director, who asked me to serve as the first Community Board Advisory President.  I had a wonderful eight-year ministry at Oakdale Baptist Church and, during this time, successfully led several churches to merge and form four strong churches and ministries. God was at work!  And the Oakdale years would later prove to be building blocks of significant relationships that enabled the work of VOA.  I am thankful for more than 40 years of service in this position.

Thank you for your support, your prayers, your encouragement and your financial contributions.  You have been a blessing to me and many others.

“Timely” is the perfect word to describe our new partnership with Bid4aCause!

This partnership allows you to donate personal or real property to be sold with a large portion of the proceeds to benefit VOA! Timing has never been more important – and while cash may be in short supply, we all have “stuff” that we can put to work supporting VOA Southeast.

To find out more about how your donation of personal or real property can help VOA Southeast, please visit www.Bid4aCause.com or call 205.966.8114.

VOA Southeast’s Statement on our Response to Virus COVID-19

Mobile, AL, March 17, 2020—Volunteers of America Southeast (VOASE) is an organization dedicated to helping people thrive and live strong, healthy lives. As such, we take the threat posed by the coronavirus (COVID-19) extremely seriously, especially among residents in our care. The safety of the people we serve and staff remains our primary concern. We understand new viruses like this can be worrisome and it’s important to be prepared. We continue to follow updates from local health departments and the CDC to keep up with any new information.

Because of the severity of the situation, we are taking steps to help slow the spread of the virus and protect our employees, our communities and those we serve directly. This includes restricting access to our group homes, apartment complexes, and office buildings to a limited number of staff and those who have a critical need to enter. Staff members across our organization who do not provide direct client services have been instructed to work remotely until further notice.

All day care centers have been closed.  Our Community Enrichment Centers will be closed beginning Wednesday, March 18. Our staff is working diligently to stock up on the necessary items needed to care for the people we serve.  “We are taking every precaution to ensure the safety of the people in our care as well as the staff who look after them each day. As always, our focus is to ensure safety as we continue providing services with minimal disruption,” said Wallace Davis, President and CEO of VOASE.

The financial strain to our organization is growing with this pandemic. We are asking our supporters and friends to consider an online donation to help us continue our services to the 2,000 people we serve each day throughout our region. Visit www.voase.org/donate. Your gift will be used to cover expenses like food, hygiene products, paper products, and sanitizer for our group homes and apartment complexes.  Any amount is greatly appreciated and stays right here in your community.

Volunteers Restore Hope by Building Ramps for those with Disabilities

Imagine being trapped in your home, cut off from the outside world.

That, unfortunately, is the sad reality for people with disabilities who live in homes that are not wheelchair-friendly. However, some volunteers on the Coast are helping hundreds of people regain their freedom by building wheelchair ramps.

Volunteers with Volunteers of America Southeast and the Jackson County Baptist Association were hard at work Friday morning building a wheelchair ramp at a Vancleave home.

Dr. Wallace T. Davis, President and CEO of Volunteers of America Alabama (VOA),
today announced that VOA has been awarded the four‐year Person‐Centered Excellence
Accreditation from CQL | The Council on Quality and Leadership. This award confirms that the
organization embraces person‐centered solutions to improve the quality of life for people
receiving supports and services.

WASHINGTON, DC – The U.S. Department of Labor announced today the award of over $53 million in Homeless Veterans’ Reintegration Program (HVRP) grants to 157 recipients that will provide employment services to more than 21,000 homeless veterans seeking to reintegrate into the workforce.

HVRP grantees coordinate their efforts with other federal programs such as the Department of Veterans Affairs’ Supportive Services for Veteran Families and the Department of Housing and Urban Development’s Continuum of Care programs. The Department of Labor’s Veterans’ Employment and Training Service (VETS) administers the HVRP.

HIS Kids offers children, youth, and young adults with special needs a safe and learning environment during worship service.  Trained staff will provide care in sensory rooms, allowing parents to participate in worship. 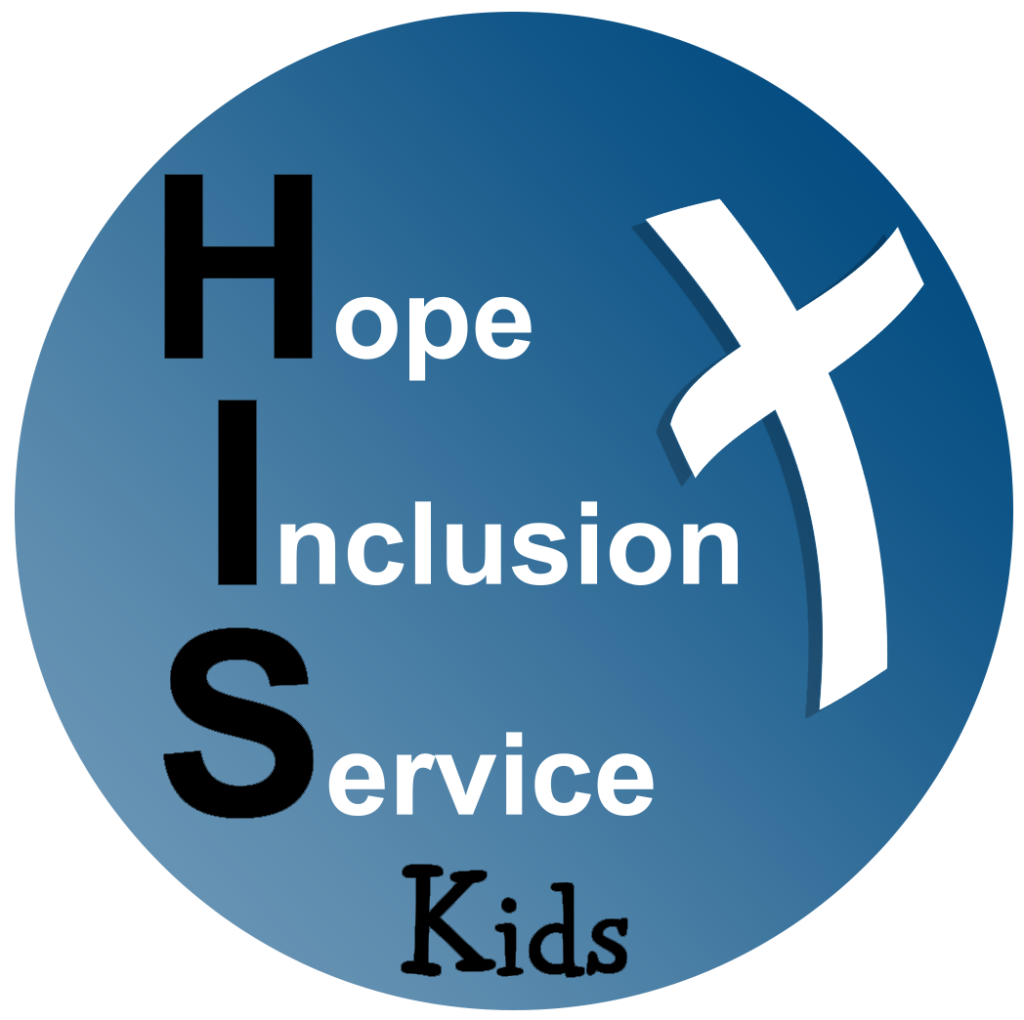